City’s ‘eyes in the sky’ primed for busy festive season 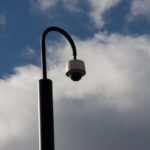 City of Cape Town Metro Police officers arrested 65 suspects during weekend operations – half a dozen of whom were caught after being spotted from the CCTV control room.

CCTV operators spotted a number of suspicious incidents that resulted in the arrest of four suspects for drug possession in Sea Point and the city centre. One of them, arrested at the bus terminus, was later found to have seven other outstanding warrants for his arrest, including for rape and assault. The CCTV operators also led responding officers to a 32-year-old pickpocket who was found in possession of the victim’s iPhone and cash. Another man who was with the suspect was arrested on immigration-related charges.

‘I hope this serves as a warning to criminals that we have eyes on them, even when they think that there is no one around to witness their nefarious activities. Between July and September, our CCTV Unit detected nearly 1 000 incidents, with 121 arrests. Their role will become even more crucial as we head into the silly season and have more and more people descending on the party scene in the central city,’ says the City’s Mayoral Committee Member for Safety and Security, Alderman JP Smith.

Metro Police made numerous other arrests during weekend operations, including 14 suspects arrested for drug possession during an operation in Manenberg on Friday, 21 November 2014. The officers confiscated various quantities of illegal narcotics and confiscated five illegal firearms and ammunition.

‘Another week, another batch of illegal weapons confiscated. I am horrified at the proliferation of guns on our streets. While I commend our officers for these ongoing confiscations, ultimately our efforts are in vain until we can find out how these guns are getting onto the streets so that the supply lines can be cut off. I would therefore appeal to the South African Police Service (SAPS) to make this a central part of their investigations into organised crime and gangsterism,’ says Alderman Smith.

On the roads, Metro Police teamed up with the SAPS, resulting in the arrests of 44 motorists for drunk driving at various roadblocks across the metropole. Cape Town Traffic Services arrested a further 43 motorists – 24 of them at a roadblock in Mitchells Plain on Sunday, 23 November 2014. Of those arrested, four drivers were more than four times over the legal limit.

‘It is clear to me that our continued messages to the public to behave responsibly are getting us nowhere fast, so the only alternative is to intensify our efforts and make drunk drivers experience first-hand the results of their selfish actions. Our staff will take a particularly hard line against drunk driving over the festive season, so motorists: you have been warned,’ says Alderman Smith.

Seven motorists ended up behind bars for reckless and negligent driving and another for furnishing false information. Meanwhile, officers impounded 31 taxis (21 sedan taxis), a limousine, and a party bus and issued nearly 2 500 fines for a range of offences.

Published by the City of Cape Town.