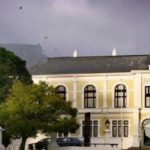 Over 100 years ago, Capetonians and tourists alike took their first steps through the front door of the beaming white and cream building located at the end of the picturesque Company Gardens – the Iziko South African Museum – which is just as popular as it is truly magnificent.

As one of Iziko’s flagship museums, it attracts nearly half a million visitors annually and hosts more than one and a half million scientific specimens. The Iziko South African Museum & Planetarium demonstrated its central cultural role in the city of Cape Town during the Museum Night in February 2015, when more than 12 000 visitors were recorded among the four participating Iziko Museums in the area. 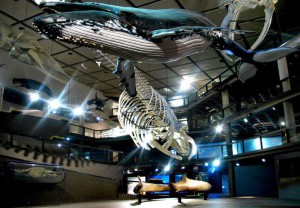 Being new in town, I decided to find out what the Iziko South African Museum & Planetarium has to offer. Entering the Museum on a sunny morning, right after two primary school class visits, I immediately felt like a kid again. Called to choose which route to follow, I started my visit by admiring the wonders of the sky and the ocean exhibited along the Blue Route. After taking a walk through the Milky Way, I entered the Planetarium, a celestial theatre where the audience is transported by the wonders of the universe. With the blink of an eye I jumped from the sky to into the deepest ocean. Literally walking around gigantic whales, dolphins and stingrays I learned about the many fascinating creatures populating our oceans, all through my journey I was accompanied by the sound of whales embracing the main room. 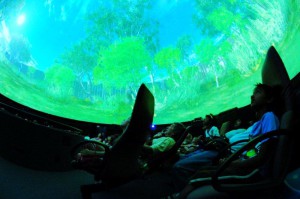 Eager to continue my exploration, our route took us back to the earth’s surface.  Jumping back in time with the Green Route, I was confronted by scary and interesting dinosaur specimens and fossils. Going through the various geological eras until the present day, the museum showcases an admirable variety of animals from mammals in the jungle, to reptiles and birds of every kind. Before moving to the last route offered by the museum, which was dedicated to rocks and human history, I began exploring the interactive earth, which is a fun way to observe the changes in our earth’s surface and atmosphere over the years.

Along the final Orange Route, rock carvings and paintings from our ancestors left me curious and fascinated about our roots. The entire route made one reflect on how quickly the human race has evolved over time – and just to think that we will one day be a small part of this evolution.

A bit more than hour after started my visit, I walked away from the museum with the same lingering enthusiasm of a child, as well as with a much greater appreciation of our art, natural history and cultural collections.