GP/OKCID ASSISTED WITH 5 ARRESTS IN MAY 2015 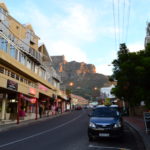 The cold winter weather really has settled in, and there are limited daylight hours as we’ve just passed the winter solstice. So we urge you all to avoid walking on the streets alone at night and to always walk in groups. A problem quite a few areas face during load shedding is the lack of security when electric gates and garages are no longer able to open or close. We suggest installing a battery powered gate so that you are able to get home safely no matter what.

There was an increase in the number of car accidents in both Oranje-Kloof and Green Point in May, with four incidences reported. Remember to keep a safe following distance from vehicles and pedestrians, especially when the roads are covered in fog or rain.

The number of reported car break ins during May has decreased, with only four reported incidences in Green Point. To make sure this number stays on the decline, please park in well-lit areas, with your possessions safely stored away from sight.

If you see anyone suspicious, or if someone is breaking into your house or your neighbour’s house, please call our operations managers on 071 670 3019/ 072 944 6811 immediately. They will then contact SAPS as well.

On Hospital Street in front of Harbour Edge on 1 May, a lady was threatened and robbed of her handbag by a suspect carrying a knife. Our mobile 5 officers managed to apprehend the suspect, with SAPS Constable Conradie arriving on the scene to arrest the suspect shortly after.

On 19 May, with the assistance of our new CCTV initiative, our GPCID staff witnessed a car break in on Somerset Road next to Truth Coffee. The same two suspects were spotted on the corner of Rose Street and Strand Street later in the week; SAPS Detective Mlotsha was called to the scene and the two suspects were apprehended.

On Loader Street on 24 May a Jeep was broken into and everything inside the vehicle was stolen. Our GPCID officers tracked down the suspect and found the belongings. SAPS Constable Peterson arrested the suspect for theft out of motor vehicle and safely returned the belongings to the owner.

On the corner of Bree Street and Buitensingel Street on 14 May, one of the guests of the Protea Fire and Ice hotel was stabbed and robbed of his cell phone. Our OKCID officers were immediately on the scene to investigate the incidence, with Constable Morwenyane arriving soon after to take a statement.  The victim was taken to the nearest hospital to recover from the incident.

On  17 May, on the corner of Jamieson Street and Buitensingel Street, a suspect attempted to steal a motorbike. Our OKCID officers chased down the suspect who ran towards Loop Street. SAPS Constable Madotyeni was on the scene soon after to track down the owner of the motorbike and return it.