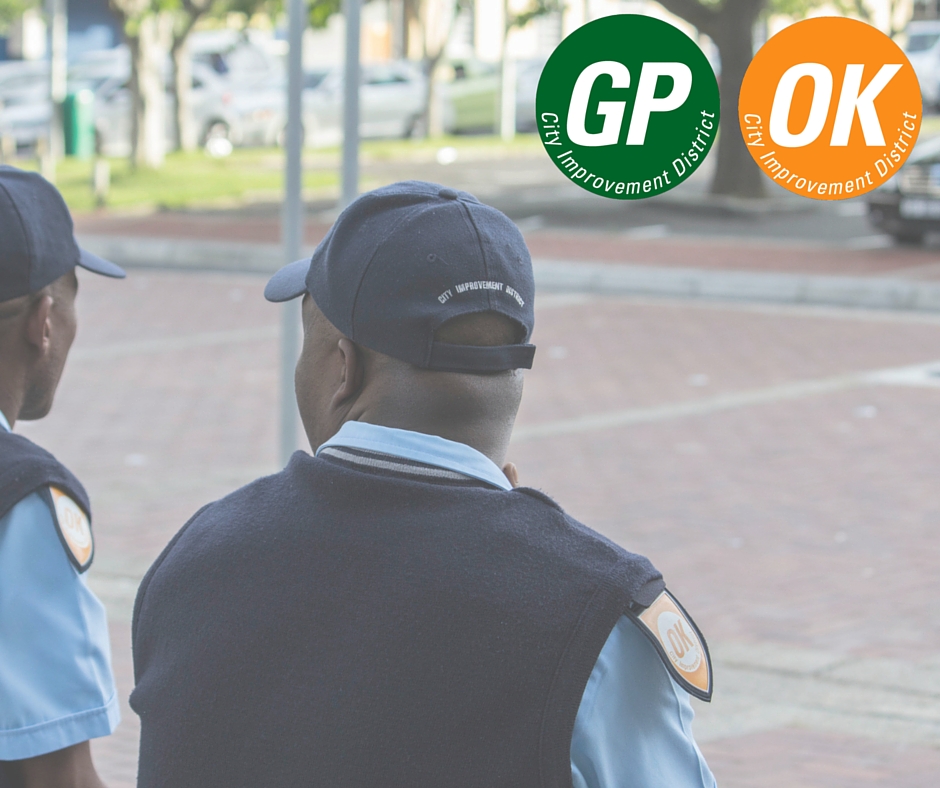 Unfortunately, the crime rate increased last month compared to January, with 55 reported incidents compared to 28. Our GP/OKCID officers make a concerted effort to be at a crime scene as soon as possible, but we need the assistance of all role players in the community to catch the suspects.

There were three car break-ins during February – so as always, we’d like to remind you to remove all valuables from your car when parking on the street.

If you ever feel unsafe or witness a car accident or crime, give one of our GP/OKCID operations managers a call immediately on 071 670 3019/ 072 944 6811. Be sure to tell visitors to save these numbers on their phones too.

Two people were robbed in Sea Point on the afternoon of 6 February. SAPS Constable Peterson and Constable Van Wyk, along with four other members of the bike squad, tracked down and arrested the suspect.

Seven vehicle accidents and four reported hit and run incidents were reported during February. One of the accidents took place on 27 February in front of the Ultra Liquor Store in Somerset Road, when an unknown vehicle hit a man. ER 24, Fire and Rescue, Life Healthcare and the Sea Point SAPS all arrived on the scene shortly after the accident. If you ever witness a hit and run, please remember to take down the vehicle registration number to assist us in tracking the suspects.

On 22 February in Oranje-Kloof, our officers received a call from the Mount Nelson about a suspicious woman who was found inside the hotel. She was taken to the police station where SAPS Constable Mbinda told us that she was there early on Sunday evening before disappearing. The woman was kept at the police station for further investigation.

Six students assaulted a 35-year old man on 7 February on the corner of Castle and Chiappini Streets. The community paramedic, Mr. Glen, and Mr. Stander from ER24 arrived at the scene and the patient was taken to Somerset Hospital.

34 vagrants were removed from various areas in Cape Town during February. On 29 February, an operation was done at Castle Park, St. Andrew’s Square and Truth Coffee, where 25 vagrants were removed. Please inform our GP/OKCID officers if you know of any areas that should be investigated. 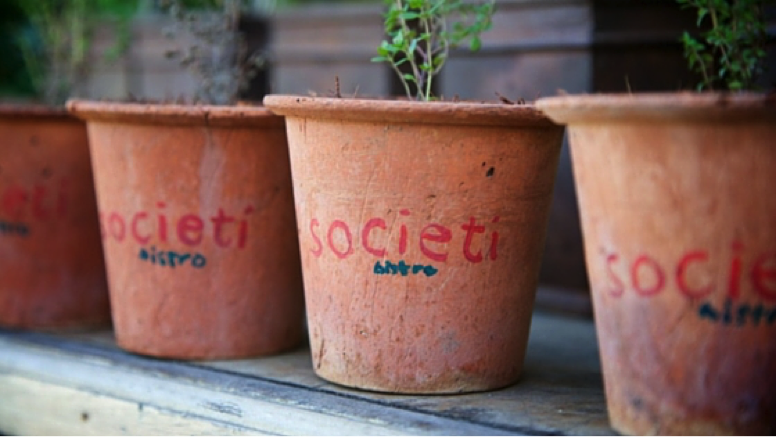 Located in a classic and stylish Georgian-style house on Orange Street, Societi Bistro is a charming and stylish hangout for locals and tourists to enjoy a great atmosphere and top quality dishes. The house that was turned into the restaurant was built in 1813 and is often referred to as a ‘sanctuary for Capetonians and visitors looking for a home away from home’. Not only can you enjoy a lovely meal, but it is also the perfect place to enjoy the company of family and friends. 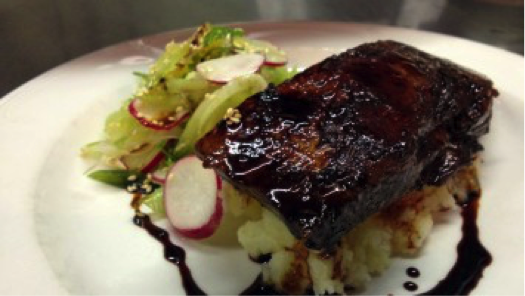 The word ‘bistro’ originally referred to a small restaurant serving simple meals in a modest setting, and was mostly defined by the type of foods that they served: French home-style cooking and slow-cooked foods. Over time, the definition of the word has evolved and is now a way of describing an establishment that serves wholesome food in an urban setting.

On top of their festive atmosphere, their dishes are prepared with locally sourced, organic ingredients. Although the standard meals at Societi are always available and delicious, they appreciate the fact that trends are always changing and have a specials board with new creations, and also give customers the option to send specific dietary requirements 48 hours in advance, so the chefs can do their best to accommodate requests.

Popular items on the menu include their prawns, sirloin, pork belly, duck breast and, of course, all of their lovely pasta dishes – Societi has something for everyone. Their wine list also provides a selection from the best estates in the Western Cape and, like the food menu is supplemented with a rotating stock of the owners’ favourites.

For something a little different and more intimate, Societi offers you a vibey and lively space for drinks, music and canapés called ‘The Snug’. This is a secret space accommodating a maximum of 50 people and can be reserved for birthdays, functions or cocktail parties.

If you are looking for a mix of a fantastic atmosphere, friendly staff and great food – Societi Bistro should be next on your list. For more information or to make a booking visit their website. 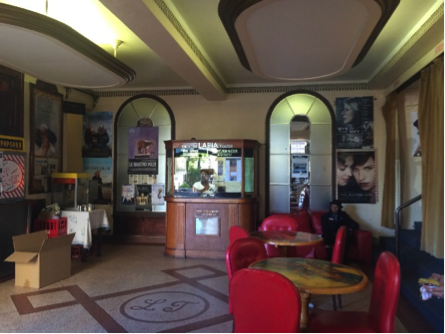 Take a step back in time and experience old school charm at the Labia Theatre on Orange Street. Ludi Kraus, the founder and owner of The Labia, opened the renowned theatre over 25 years ago. Ludi’s passion for film goes back to his childhood days, when his love for cinema evolved from the elegant cinema in Windhoek that his parents ran. After studying law in Cape Town, Ludi soon realised that his heart was still in theatre and in 1988 he found the perfect location to bring his dream to life. 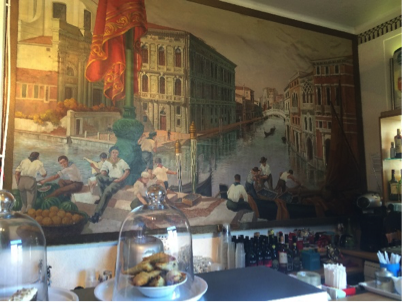 In the 1930s The Labia was a ballroom for the Italian Embassy, and ten years later it reopened as a stage theatre and finally in 1988 it became a cinema. Today it’s an independent cinema and iconic landmark in Cape Town. Once Ludi opened the cinema he wanted it to maintain its vintage appeal and left the original seating, wood panelling and box office in place. On my visit to this charming establishment, I was greeted by Rose, the friendly box office manager, who has been with the theatre for most of their journey. She took me down memory lane, chatting about the history, the people and the stream of art films they’ve shown on their silver screen over the years.

As an independent theatre, The Labia relies on their loyal customers to stay afloat. Obviously, they are doing something right, with a collection of Capetonians gathering outside their doors every night. The best part about this theatre is enjoying a movie like the Grand Budapest Hotel, with a paper bag of popcorn and glass of wine in hand. The theatre is relaxing and charismatic, and it’s perfect for either date night or an outing with friends.

Everyone in Oranje-Kloof loves The Labia and its formed part of our vibrant community. A number of restaurants have shown their support towards the theatre by offering fantastic specials to their customers – which include the movie ticket! Note that you need to buy your movie ticket at The Labia first, and then take it to the relevant restaurant:

So make a date to join them for a specular movie experience and have a look at their schedule before popping in. 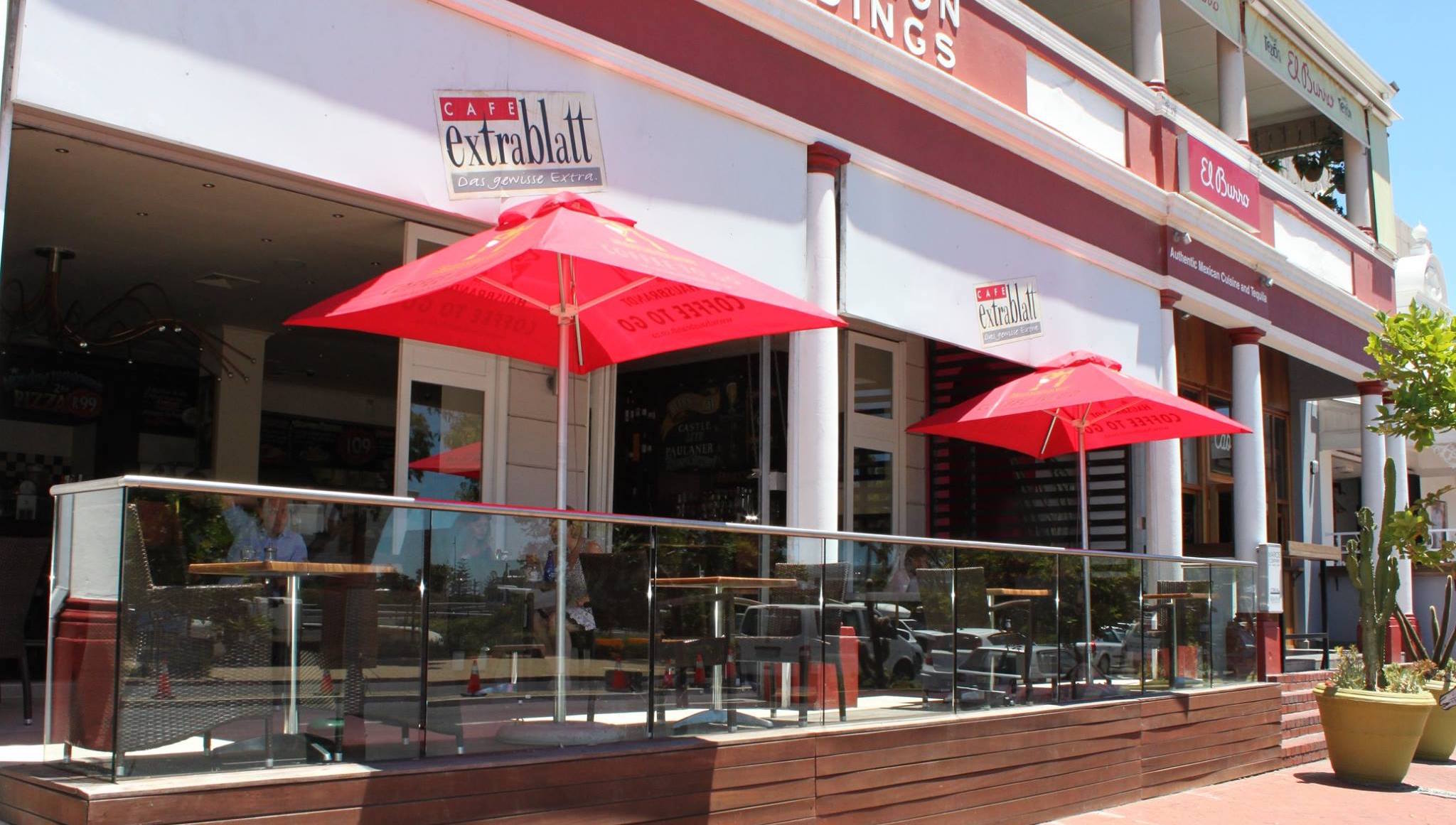 As opposed to focusing on a new restaurant or location in the Green Point district, as is often the case, this week let us rather focus on a spot that has been around for some time, yet may have been forgotten; Café Extrablatt.

As Green Point is such a trendy and cultural hub, there are continuously new and exciting places to visit popping up, each somewhat trendier or more hipster than the last. This is why the GPCID is able to feature new hotspots so often, yet at the same time we feel that the old faithful locations might get forgotten amidst all the clamour to be the first to visit the new must-see pub or restaurant about town. Café Extrablatt was established in late 2011, on Somerset Road opposite the stadium, and credit must be paid to them for being able to stay for so long, especially with the likes of Slug & Lettuce and Hussar Grill closing shop. Clearly, the café-by-day and restaurant-pub by night is doing something right. 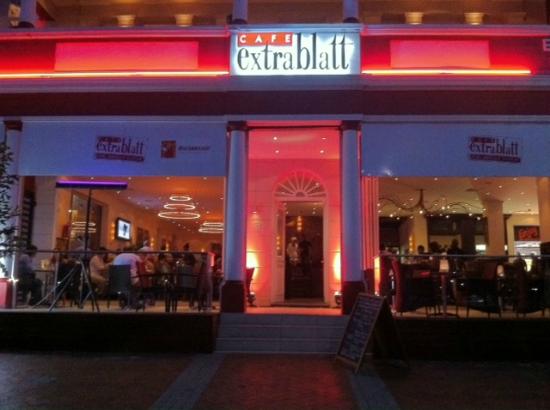 For starters (not the food kind), the German franchise café is one of the few restaurants on that particular drag that offers televisions to watch one’s favourite sports events, a must when located so close to an iconic stadium. Then there’s the food. Whether you’re in the mood for the simple stuff done right, or have a craving for a seafood platter, everyone will be able to find something on the diverse and very reasonable menu. Whilst ordering or waiting for food, sitting back and enjoying the hustle and bustle of the busy area, the friendly staff help subtly remind you that there is no such thing as rushing in Cape Town, so why should dining be any different? Patrons are encouraged to dine and to drink at their own pace, and the waitrons tread the fine line of looking after them well without smothering them like that overbearing aunt that you only see every three years. It truly is a casual (and delicious) dining experience.

If a solid 3.7 on Zomato isn’t enough to get you in the door, Café Extrablatt offer two pizzas for R99 on Monday nights and a two-for-one special on burgers on Wednesdays. And these aren’t Steers burgers. They also appreciate the art of happy hour, in that they have it for three hours from 5pm to 8pm every weekday!

Whether you need a quick breakfast, a casual lunch or a dining and drinking experience by night, don’t fall in line and try be the first to visit the trendiest new spots in Green Point. Remember the old favourites from time-to-time and have a meal you won’t forget. 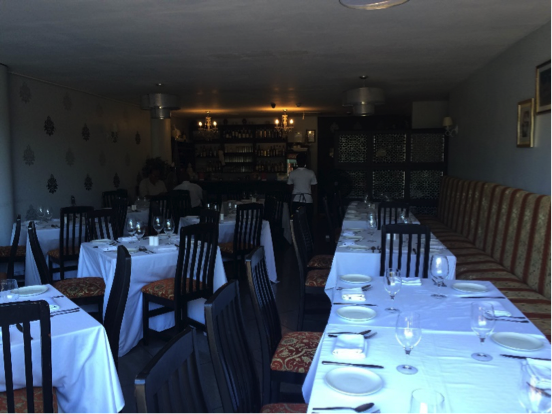 Did you know that an authentic taste of Indian cuisine lies right on your doorstep in Green Point? As I stepped through their doors I was greeted by a powerful spicy aroma and the sound of plates being scraped clean – which is always a good sign!

Ajit Kanakia, the founder of Jewel of India, combines South African flair with Indian spices, having opened their first Jewel of India restaurant in Durban 25 years ago. Since then they have moved shop to the Western Cape with a restaurant in George and now one in Green Point. And why the move? Ajit insists that it’s the atmosphere and the people that brought him to the Mother City, especially the foodies who are willing to eat out a couple of times a week.

Maxwell, the manager at Jewel of India, has been with them since the restaurant opened their doors in 2014, and knows everything about the business from their loyal customers, to the favourite dish on the menu and who always orders extras.

The interior of the restaurant is homely and sleek, with Indian décor and colourful patterns adorning each wall. Situated underneath the trendy Cape Royale Hotel, the restaurant is right on the bustling Somerset Road with an outdoor patio that’s perfect to soak up the rays on a hot summer day. 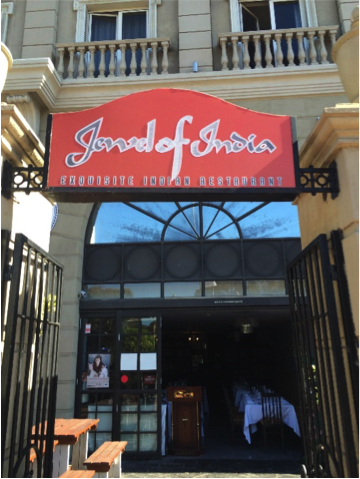 The menu is incredibly large and we promise choosing one dish will be a challenge in itself. Rather have a browse through their menu online to tantalise your taste buds before you go. Start off your meal with a plate of crispy samosas, vegetable kebabs, and salt and pepper prawns for the table, then tuck into any of their delicious main meals ranging from chicken and lamb curry to seafood and biryani. Maxwell insists that the firm favourite is the delicious chicken korma curry topped with roasted cashew nuts, ginger and garlic.

If you are looking for a regular spot to satisfy for your craving for exquisite Indian cuisine, then Jewel of India is definitely a favourite amongst both locals and tourists.

The Woven African textiles have just been unpacked

If you’re looking for delicious food, and an int

Djo BeNkuna and his cabbage patch are sewing seeds

How sweet are these paw prints painted for @atfrit

Looking for a new house plant to add to your ever-

"Owning your story is one of the bravest things yo