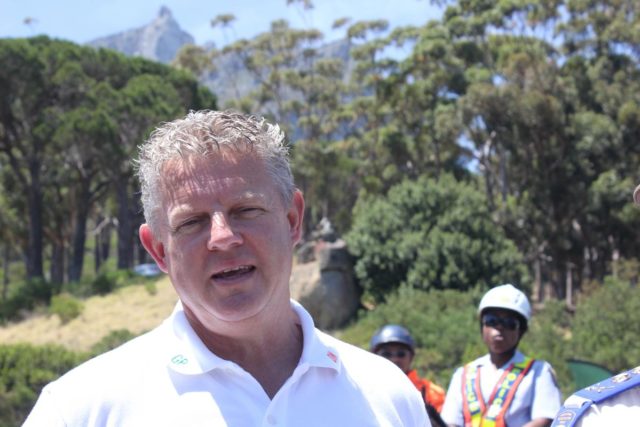 Newly elected chairman of the Cape Town Central Community Police Forum (CPF), Marc Truss, is eager to get to work in his new position.

Mr Truss, whose tenure runs until October 2019, was elected as chairman at an AGM last week. This comes after former chair, Nicola Jowell, stepped down from the position.

Mr Truss has been the chief executive of the GP/OK City Improvement District (CID) for a number of years.

Mr Truss, who lives in Oranjezicht, stressed the importance of building a positive relationship between the community and the police. “We can’t walk the path alone. We need to hold hands. I don’t profess to know everything and it is about the sharing of ideas and burdens of what we do. It’s a give and take, and the success would be in strengthening those ties.”

He said they had to be seen as one collective body when it came to fighting crime. “The strength is in the numbers, not in the individual,” he added.

He said he would be willing to work with other CPFs across the city.

“I’m hoping that will show other stations and CPFs that this is a tried and tested method. If it works, then let’s share it.”

Mr Truss said they expected a busy summer season, with lots of visitors expected in the Cape Town Central police precinct. He also said that more people were outside during this time, leading to more chances for opportunistic crime to take place.

“If we have identified the various elements of crime and have put together a cohesive plan, then I think we can put a stop to a lot of it. It’s not magic wand stuff. Crime will never disappear, but it will move. It depends on what measures you put into place to prevent crime taking place.”

Mr Truss said it was important to go back to basics.

Mr Truss also encourages residents to get actively involved in their neighbourhood watch groups and CPFs.

He commended the work of Ms Jowell, who now takes up the position of secretary on the CPF executive.

“She’s done an exceptional job. She’s been there and fought for what she believes in. She’s never been one to sit back and she’s always led from the front.

“I think that is what has gained her the respect of the members and the community. She’s been a good example of how CPFs could and should be managed going forward.”

Captain Ezra October, spokesman for the Cape Town Central police station, said he was looking forward to working with Mr Truss and also encouraged the community to get involved with the various structures within the CPF. “The partnership is about taking ownership of the police station. It’s your station and it doesn’t belong to anyone. I think the partnerships need to be stepped up another level.”

He said partnerships were about eradicating concerns and coming up with solutions to make things work. “We cannot work without the community,” Captain October stressed. “I can proudly say that our community has been involved in this police station. In turn, we need to ensure that we give them a professional service.” 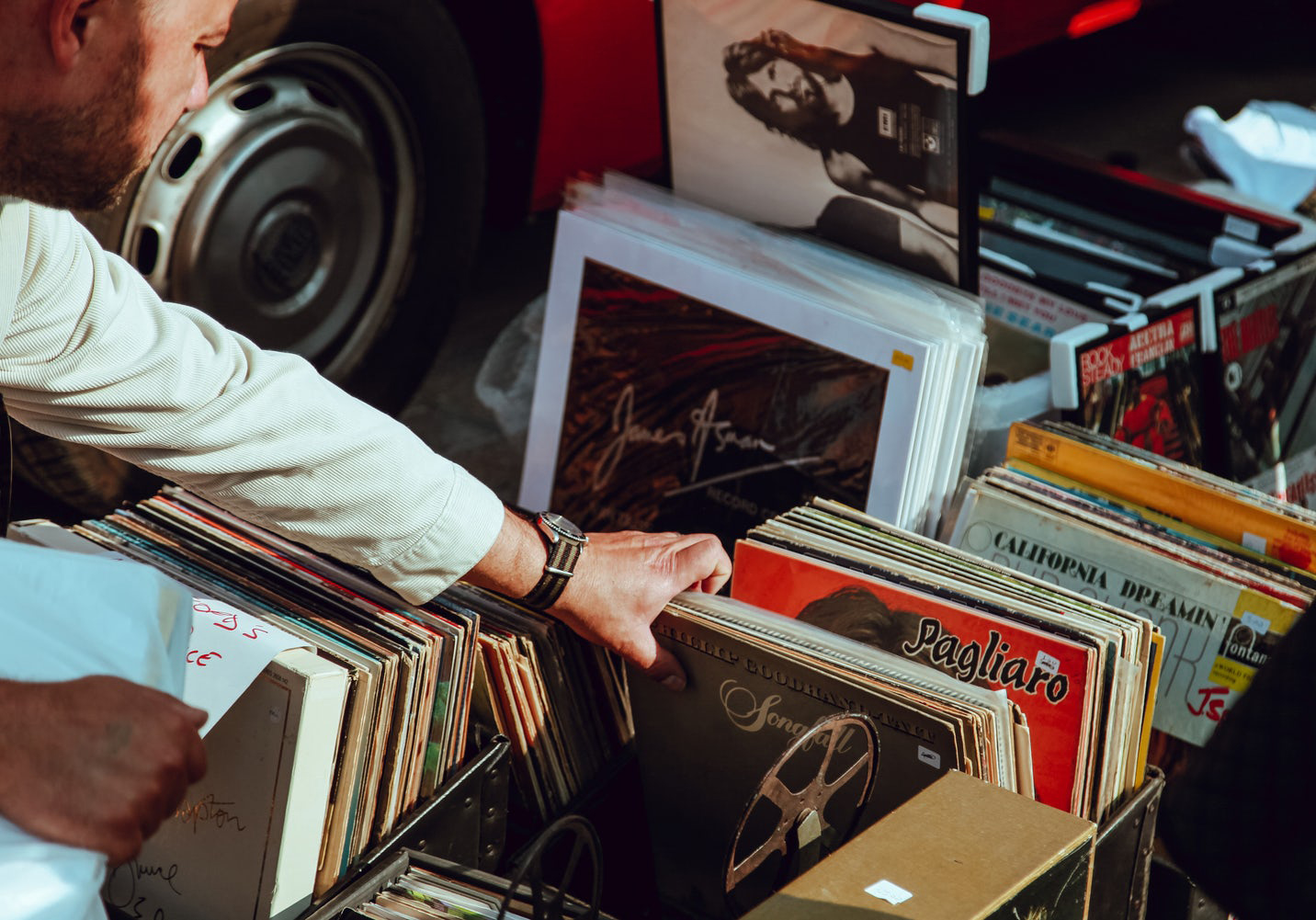 Cape Town’s Green Point and Oranjekloof district sprouts with seasonal markets. The Cape Town City Bowl Market is on Hope Street in Gardens every Thursday between 18h00 and 22h00. It houses a diverse collection of stalls offering artisan pieces such as handcrafted bags and artworks, as well as food and drink from a variety of cuisines. You certainly won’t get bored as you walk through, as each stall offers something different from the next.

Church Street’s charming and cheerful market is always set out between 09h00 and 16h00, Monday to Saturday. Head here to hunt for vintage clothes, antique costume jewelry, accessories, handmade curios and tarot card readers. The weather shouldn’t deter your visit, as an indoor version runs on rainy days, but if you’re planning a weekend visit, arrive promptly as this market can close easy on Saturdays. 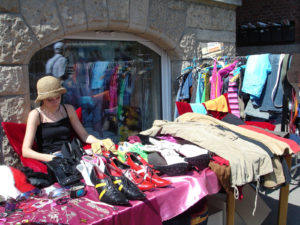 Green Market Square, one of Cape Town’s oldest markets, is the go-to place for arts and crafts, hand painted fabrics, wood carvings, glassware, clothing, curios and much more. A popular hub for tourists, these vendors are experienced hagglers so bring your best bartering skills! Open 09h00 – 16h00 from Monday to Friday, and 09h00 – 15h00 every Saturday, even locals should put this vibrant spot on their Cape Town bucket list.

The newest kid on the block is the Mojo Market. This absolute gem of a market boasts gourmet cheese sandwiches, mouth-watering South African cuisine, affordable fashion, proudly South African produce and great ice cream. Better yet, this market is open every day of the week from 07h00 to 21h00.

These, of course, represent just the tip of the iceberg in terms of our bustling scene. There are many more to explore, including the Oranjezicht City Farm Market, held every Saturday at the historic Granger Bay site of the V&A Waterfront. Here, visitors can buy the freshest fruit, vegetables, meat, ingredients, food to consume on site and even plants from local farmers and artisanal food producers.

With so many markets to explore, and longer days of sun approaching, there’s every reason to get out in the GPOKCID area this spring. 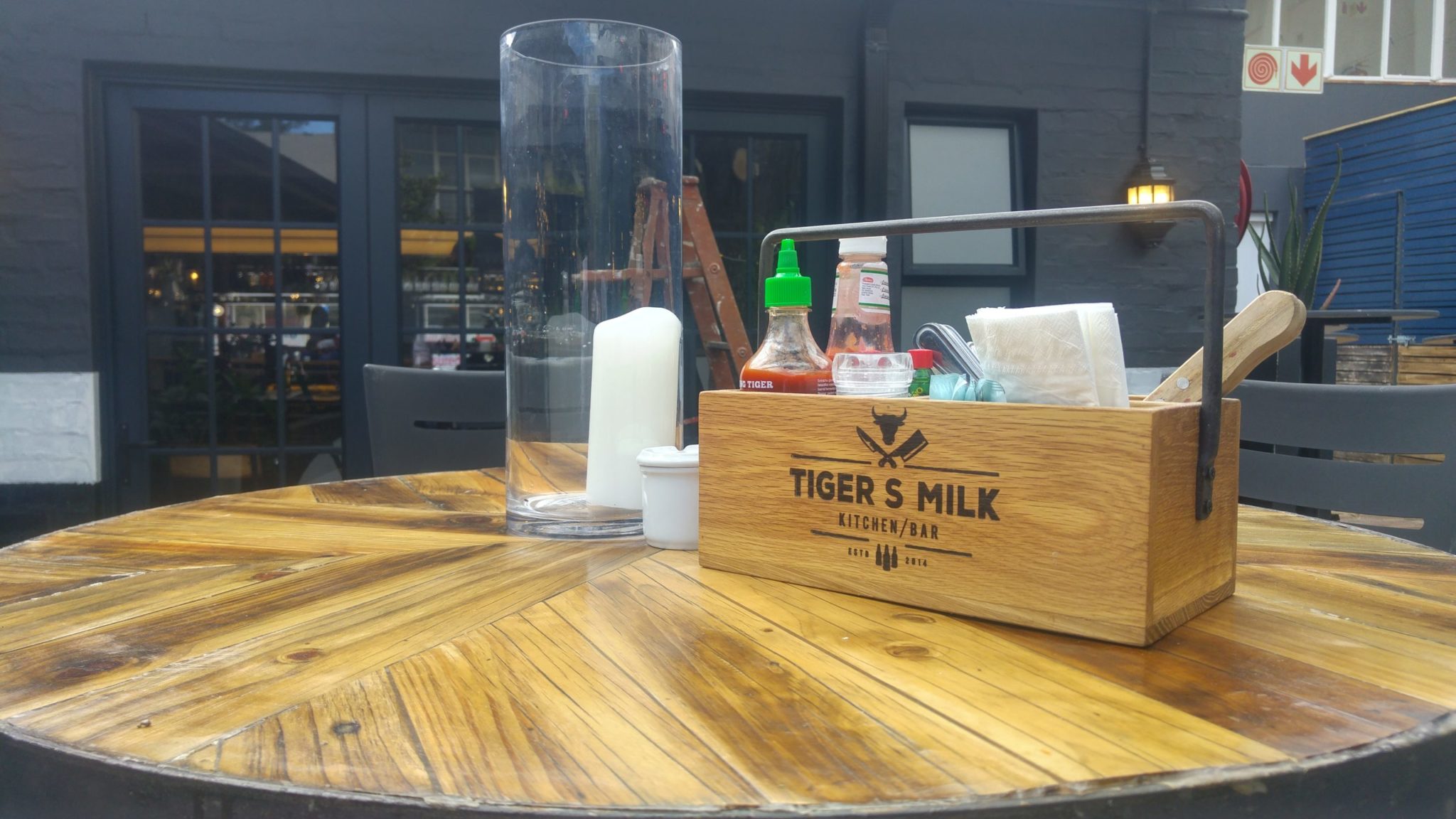 On 21 September 2017, a new destination for food, drinks, and Friday night DJ sets crashed onto Kloof Street. Tiger’s Milk is an exciting addition to the area, and has succeeded in establishing smooth service and a quality offering from their opening day. The OKCID area boasts a fantastic array of venues and brands for dining, drinking, and partying, and Tiger’s Milk promises to rival the existing destinations.

The menu is broad and well executed. Whether you’re looking for a delicious crispy pizza from their newly installed pizza oven, a burger picked from their offering of exciting flavour combinations, or a lighter meal from their tasty salad menu, Tiger’s Milk has you covered. Their experience opening branches in Lynnwood, Stellenbosch, Bryanston, Century City, Claremont and Long Street means they have established supply chains of quality produce, and this shines through. 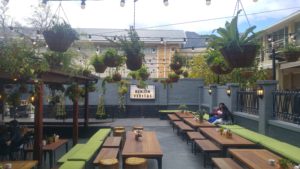 Tiger’s Milk grew from humble beginnings into a Muizenberg institution, and has now evolved into an eight-branch operation. Although the new Kloof Street branch doesn’t feature surfboard racks or post-surf showers, their initial motivation to ride surfing culture towards quality food and drink with a festive atmosphere remains evident.

The space, with entrances on both Rheede Street and Kloof Street, has stood empty for some time since Chef Peter Veldsman closed his restaurant ‘Emily’s’. It’s particularly rousing to see the arrival of Tiger’s Milk transform a vacant lot into a vibey space bustling with happy customers. Their outside space is beautifully decorated with strings of festoon lights and carefully selected plants, making it the perfect location for sunny evening drinks in town.

The drinks menu is extensive, including home brewed draughts, a variety of wines from a number of different estates and ciders as well as the usual offering of soft drinks. In addition, the cocktail menu from Tiger’s Milk is sure to attract serious attention! There are unique twists on well-known favourites, such as the Apricot & Bacon Old-Fashioned, and the Thyme & Mango Margarita, which will engage even regular cocktail drinkers. 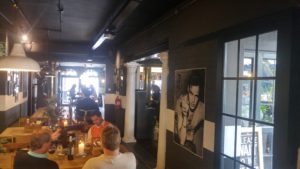 With such an attractive cocktail list, and a prime location for office workers, Tiger’s Milk was always primed to attract crowds for bites after work and evening drinks. They have worked hard to encourage this by focussing on every detail for atmosphere, including the music. A specialist restaurant music playlist producer has curated the tracks played in the bar. They’re also positioning themselves as the best place to kick off your weekend, with DJ René lined up to play a set each Friday 16h00 – 22h00.

As spring arrives, Tiger’s Milk with gorgeous outside space might just become your new favourite haunt for food, drinks, and good times. Free Wi-Fi means it’s a convenient spot for everything from a working coffee during the day to date night drinks or dinner, plus everything in between! 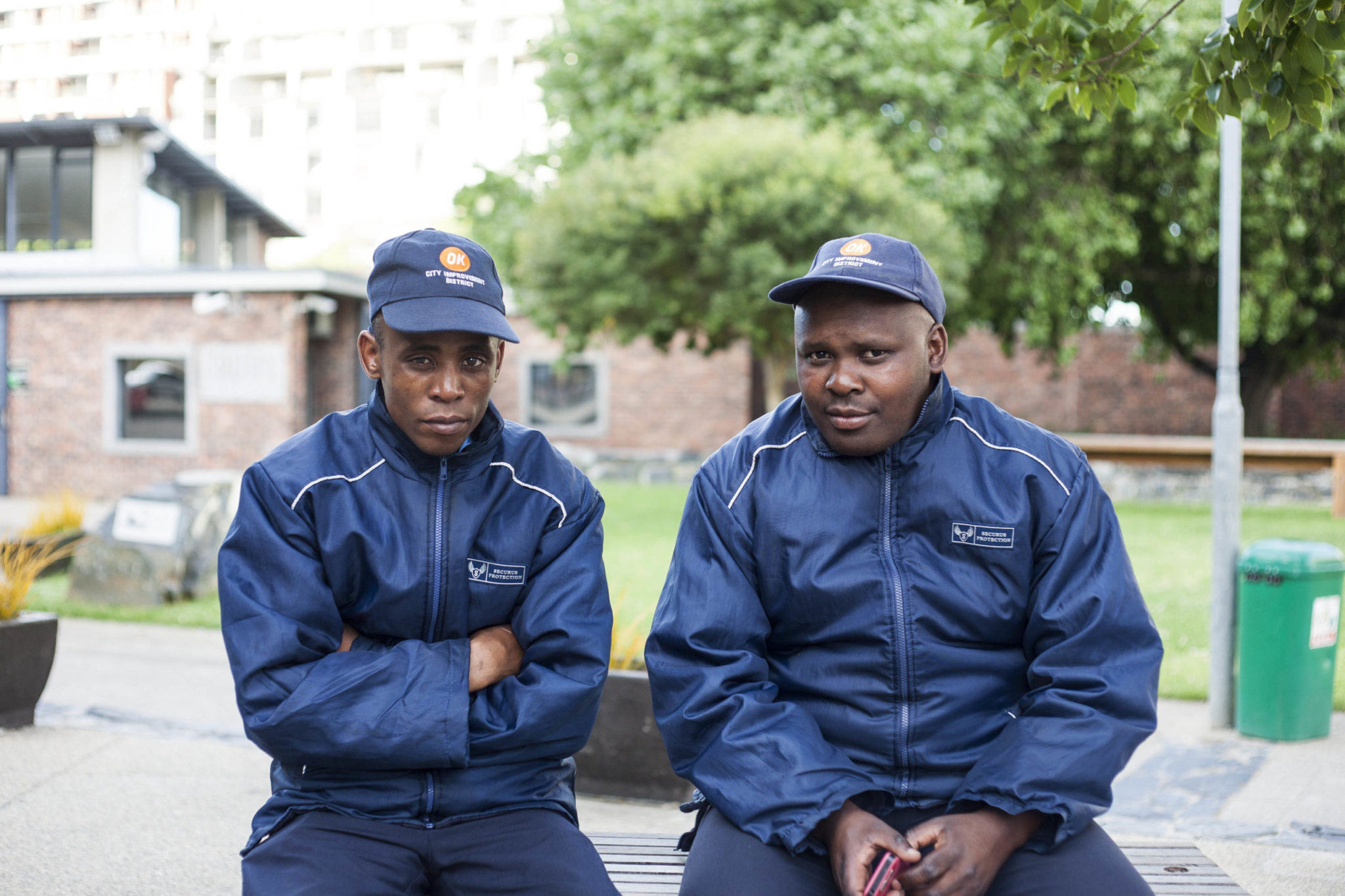 There were 15 successful arrests made in September, and a total of 50 criminal and municipal incidents reported in the GP/OKCID area. Our teams are hard at work – 24/7 – to make the city cleaner and safer!

The criminal activity with the highest frequency is theft out of motor vehicles, with 10 incidents reported last month. We urge you to never leave valuables in your car and to park in a well-lit, visible area when possible.

The second most commonly reported incident is motor vehicle accidents, with six reports last month. Keep these three things in mind whenever you are behind the wheel:

● Always drive with your headlights on.
● Drive with more caution when it’s raining.
● Keep a safe following distance at all times.

There were three arrests made for possession of illegal substances. Drug abuse is generally connected to further criminal activity, and so we encourage you to immediately report any suspicious behaviour relating to illegal substances.

If you care about your community and would like to be part of our continued efforts to improve the area, why not become a board member? You can make a real impact and always be abreast of what’s happening nearby. All we need from you is attendance at four board meetings a year. Find out more information here. 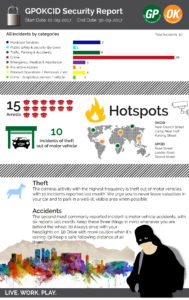 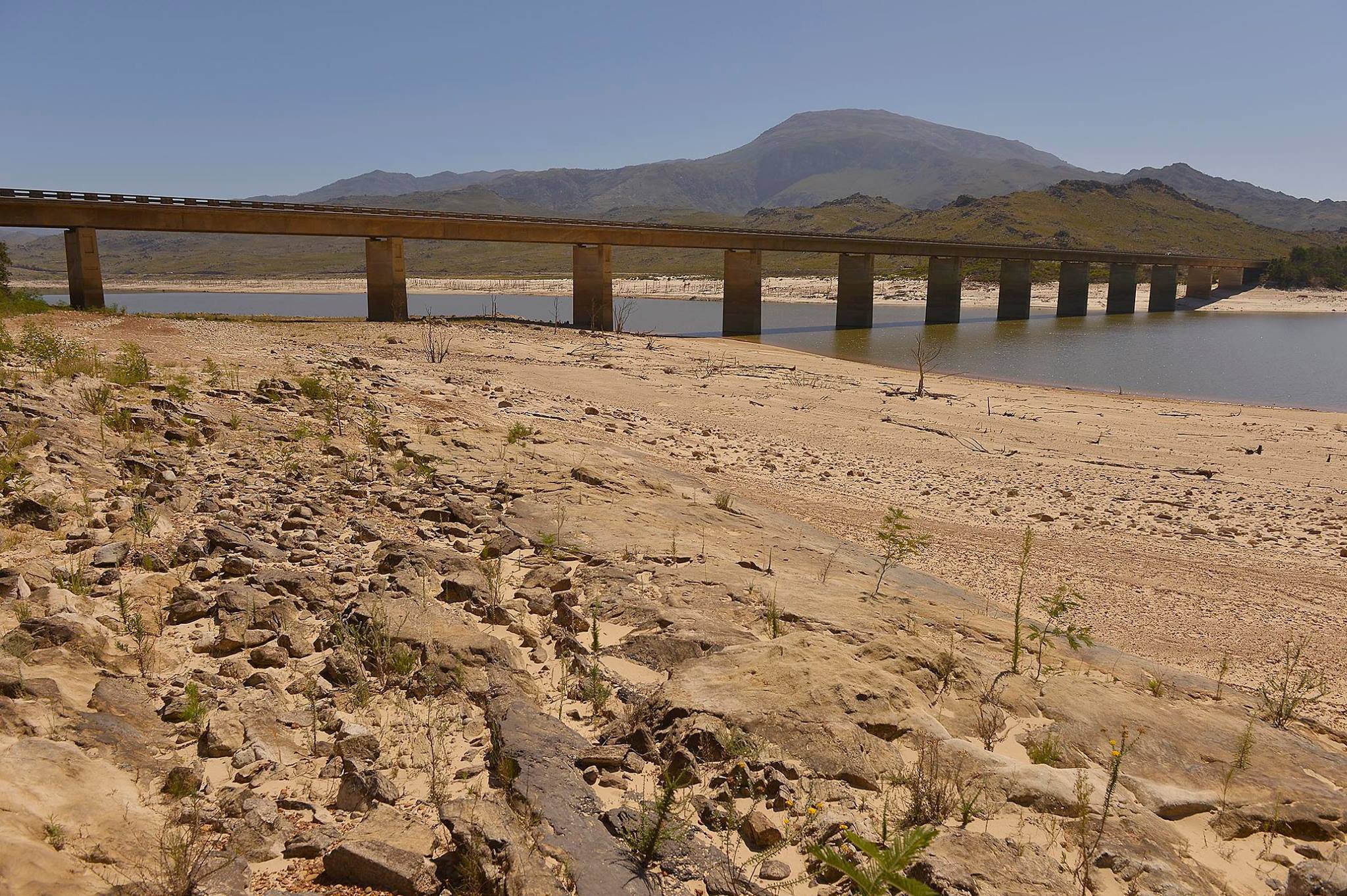 Cape Town – The City of Cape Town has rolled out Phase One of its Critical Water Shortages Disaster Plan and pre-selected suburbs can expect dry taps during peak hours.

Water rationing through extreme pressure reduction is underway, the City said on Monday.

Under Phase One, pre-selected suburbs can expect water supply disruptions for short periods of time with outages likely to occur in the mornings and evenings.

“The new normal requires us to adapt the way that we have been doing things, in all aspects of our lives,” Limberg said in a statement.

The City of Cape Town aims to keep water consumption below 500 million litres per day.

Limberg said the City of Cape Town will “shortly be launching one of its key initiatives”, calling on tourists and residents to “Save like a local”.

She said the awareness campaign will include airport billboards, branded flags in the CBD and Waterfront and mobile billboards on beaches and tourist centres.

The city also reached out to cellphone service providers to see how they can help spread awareness, Limberg said.

“We can expect a bumper [festive] season and we will need all visitors to save like a local and follow the example of many of our water ambassadors.”

Additional restrictions and lower water usage targets will be put in place if required, she warned.

“Our experience shows that the local outflow of people over the festive season and the closure of some businesses and industry, such as the construction industry, mostly balances the inflow of local and foreign tourists.”

“We had a productive meeting and I remain confident that all three spheres of government working better together can pull the province through this drought,” he said in a statement.

The local government, environmental affairs and development planning ministry is due to appear before Parliament’s water and sanitation committee during the course of the week, Bredell said.

Read the full statement from the City of Cape Town

Treat your furry friend to a stay at @atfritsdogho

As winter moves in on Cape Town, you might find yo

The @plantpowerza Vegan and Plant-Powered Show is

How can you really make a difference in someone's

Founded during the era of apartheid, @goodman_gall

Our special moms (whether by blood or not) have do

This Freedom Day, we commemorate 27 years since So

The human body isn’t designed to sit all day. Dr