How the Green Point & Oranje-kloof CIDs help you 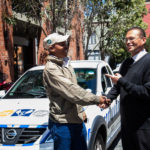 The GP/OKCID mission is “to be the City of Cape Town’s leading supplementary service provider for nurturing a safe, clean, attractive and accessible business and residential environment.”

Cape Town is known for its ability to compete with popular cities on a global scale. Not only are Capetonians able to boast about a glorious backdrop that is Table Mountain, we also have the ocean, winelands, and an immaculate CBD and surrounds. We can’t take credit for the natural aesthetics, but the maintenance of the Green Point and Oranje-kloof areas are a by-product of your friendly local CID! Here is just a little reminder of what we do to uphold Cape Town’s pristine reputation. 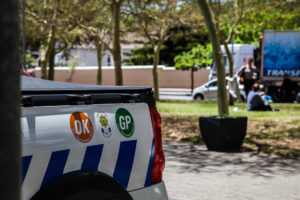 Crime has dropped significantly in the GP/OK CID areas since their institution in the early 2000’s. According to SAPS Oranje-kloof has seen a decrease of roughly 60% and Greenpoint 65%. The CIDs employ 18 and 35 security officers respectively to patrol the areas 24/7.

We do not intend to replace the local authorities but rather partner with them to ensure that citizens and businesses are protected. This includes using portable “horse boxes” to provide an access point for citizens to reach when in need, and 24-hour patrol vehicles. Citizens and businesses are asked to contact the patrol vehicle at any point to report an incident, or even be escorted to a location if felling unsafe. 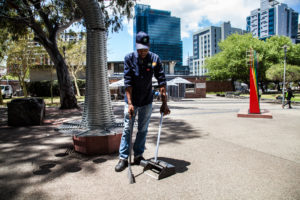 This top up service is invaluable in maintaining a steady influx of tourists and businesses to the Green Point and Oranje-kloof areas. Our teams clear roughly eight to nine tons of litterfrom the streets every week over and above what the city council collects as part of its cleansing service. Non- commissioned graffiti is removed and vandalism is reported and dealt with.

Our dedicated service provider monitors the standards of cleanliness on a consistent basis in order to adjust the team’s actions and regularity of cleaning accordingly.

The GP/OK CID understands the need for society to assist individuals that are not contributing members of society. Both Oranje-kloof and Green Point interact with the underprivileged through the means of a delicate approach. Although not a fully equipped social service ourselves, we refer or assist the individual where possible, be it medical assistance, job placement or the issue of an ID document.

Over the last 15 years, 21 unemployed individuals have been placed in jobs in Greenpoint and 15 homeless people have been relocated thanks to the efforts of our teams on the streets. We have even assisted individuals in getting in touch with family as far as Limpopo Province and Messina. NGO’s in the area are also valuable partners when it comes to handling difficult situations such as substance abuse and street children. We lean heavily on public support in reporting happenings around the city. 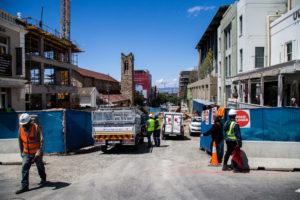 Over R1.5 billion in new investment has moved into the GPCID area as a result of the improved environment. The institution of the CIDs has increased the value of the areas in many ways. The key is continual revitalisation and keeping an eye on the multitude of international urban renewal success stories.

Our mandate for the next 5 years ensures that we will continue to capitalise on rejuvenation successes in the CBD and become an integral part of an attractive destination in a world class city.