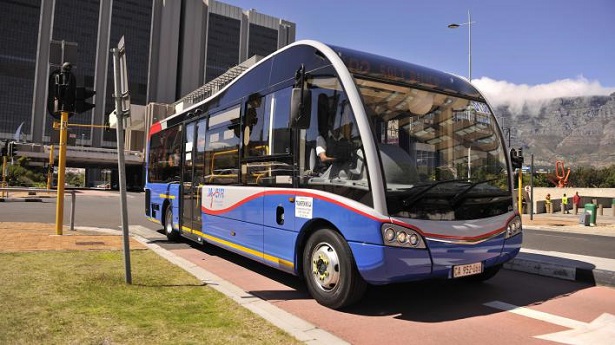 Living in and around the City Bowl has definite perks. You are situated a hop, skip and jump from the hub of business, the beach and a variety of restaurants. The problem is that most people who work in the city, don’t live here and for those that commute, it can become challenging.

For people who work in the city, the excessive cash being spent on paying for parking and petrol can add up. But it’s not all bad news…

In 2010, the MyCiTi bus service was introduced as an answer to the challenges that people face with transport. The MyCiTi now provides affordable, accessible transport to over 72 000 passengers every week day!

This has had a great impact on those who used to be inconvenienced by the existing systems. Now can plan work and leisure activities easily. The busses also positively impact our economy by giving people living outside the city centre access to jobs that were previously inaccessible due to their location. Not to mention reduced traffic flow and alleviated pressure on local railway services.

Where can I go with a MyCiTi bus?

There are 47 existing routes, with route expansion currently underway. The routes run all over Cape Town and selected suburbs to the north and less to the south. The furthest reaches include Hout Bay in the south and Mamre, Melkbosstrand and Atlantis up north.

How much does it cost?

The price of a MyCiTi trip depends on the distance you travel. To Take a look at the comprehensive pricing and tips for 2019 on the MyCiTi website.

Where do I get a MyCiTi card?

Get your myconnect card for R35 from MyCiTi station kiosks or any of the listed participating retailers. It comes with a PIN, keep this safe because you will need it to load points on to and swipe when you get on a bus.

Once you have the card, you simply tap it on the screen located next to the access gates to get in to the bus area and again on the electronic screen next to the driver. A green light means you can go, yellow indicates that you have R20 or less and need to top up. A red light means that the card didn’t scan properly, is not valid, or you haven’t got the funds to travel.

The system is strict, so make sure to tap your card every time. Passengers will be charged a R25 penalty to your MyCiTi account for the following things:

First time offenders get a reduced penalty fee of R10, but after three strikes the penalty will return to the usual R25 penalty per offence. That’s at least a trip or two’s worth – don’t forget to tap!

You can check your card balance, obtain a statement of recent transactions or change the myconnect PIN at MyCiTi station kiosks and any Absa ATM.

Public transport is always taken at your own risk, that said, there are many commuters who use the MyCiTi service daily. It is safer than taking a taxi because the buses have designated road lanes which minimising the need for reckless driving.

Access to the bus is also monitored strictly, and people taking the bus need to produce a valid card when entering the bus. To feel extra secure, be sure to take the bus during peak times, 06:45-08:00 and 16:15-17:30. Peak time travelling may be more expensive, but crime is less likely due to the number of witnesses and difficulty of escape because of crowds.

Will MyCiTi be extending to the Southern Suburbs?

The City of Cape Town announced last year April that it plans to roll out a Phase 2A of the busses which will cater to the Metro south-east, Claremont and Wynberg. This process is however going to take many years, but the long-term goal is to have five new MyCiTi routes by the year 2032.

There are MyCiTi stops peppered across both the Green Point and Oranjezicht areas. We highly recommend the use of the MyCiTi bus service to all Cape Town residents and those who are visiting our city.

P.S. Did we mention that the MyCiTi buses depart and arrive on time 95% of the time? Yes, really! Just another reason to support local initiatives. 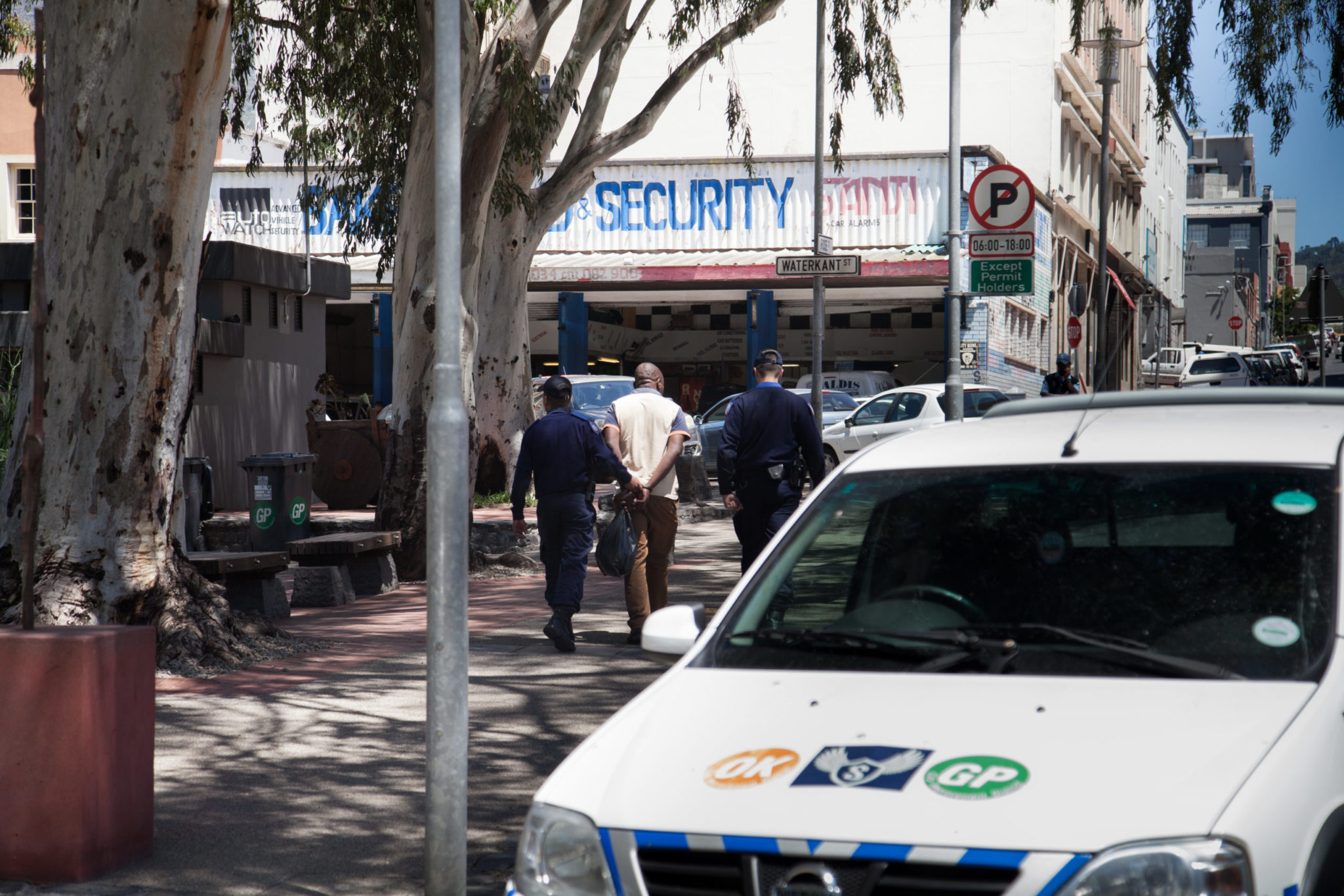 Did March come and go very quickly this year, or was it just us? We trust that you are making the most of the last few sunny weeks before winter!

Make sure that if you are planning a festive night out that you remember to be responsible. In the past month there have been five incidences of motor vehicle accidents. Use the Uber service if you know that you will be enjoying a few drinks.

There were also five reported cases of car break ins. Remember to park your vehicle in well lit areas and do not leave anything visible on the seat. Almost any item can be exchanged for money.

If you haven’t already, be sure to save our numbers and contact us at any time if you see anything in your area: 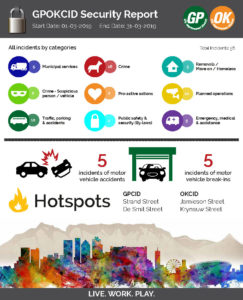