44 arrests in Green Point and Oranje-Kloof in July 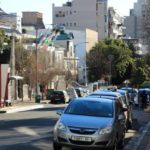 This month there were 44 arrests in our areas, which is much higher than last month. Our GP/OKCID officers have been working tremendously hard to make sure that suspects are caught and their efforts have given gratifying results. Through the assistance of SAPS we have been able to arrest a number of suspects in both areas, ensuring that the residents and pedestrians are kept safe.

In July we had five reported incidences of armed robbery, with a number of pedestrians being robbed of their possessions. We ask you all to be aware of your surroundings and alert at all times, especially at night when visibility is poor. A number of the reported cases involved pedestrians carrying expensive watches, jewellery and large amounts of cash. We suggest that you avoid carrying any valuables and if you have to, make sure they are not visible to others. We also strongly encourage you to carry pepper spray to ward off any possible criminals.

There tends to be a spike in the number of incidences over the weekends, especially on Sundays. There has also been an increase in incidences reported on ‘First Thursdays’. Capetonians are more relaxed on weekends and on nights out, and  tend to forget basic safety measures – so please take note of this and  be more vigilant on nights out.

When driving in the city, never fully roll down your window at traffic lights, as this creates the perfect opportunity for criminals to steal from your car. There has also been a significant number of thefts out of motor vehicles, with six out of the seven cases being located in the Green Point area. When parking your car, even inside a supervised parking, do not leave any possessions in sight.

On 10 July at the Europacar Parking in Green Point, a grey Land Rover’s back window was broken and the owner’s belongings were stolen. The owner had left a bag with a laptop and documents over the back seat. Our GPCID officers tracked down the owner, and he reported the incident to the Central Police station.

On 14 July in Oranje-Kloof, a woman waiting at the MyCiti bus station outside the Mount Nelson Hotel was approached by a suspect who threatened to stab her if she did not hand over her jewellery. Our OKCID officers were on the scene to assist the lady but the suspect got away with her belongings.  We strongly urge people waiting at the MyCiti Bus stops to carry pepper spray and always have OKCID security numbers on their cellphone.

At 6:30 am on 17 July, Officer Somniso was called out to a house break-in in Green Point on Loader Street. The suspects managed to get away but it was confirmed that amplifiers and speakers were stolen from the apartment.

On the 13 July on the corner of Kloof Street and Firdale, two suspects were caught draining petrol from a black Hyundai. Our mobile six officers were alerted via radio and caught both suspects who were running towards Constantia Road. SAPS Constance Madotyeni was on the scene to arrest the suspects.

On 1 July, between Loader and Dixon Streets, a fire started from an electrical line lying on the ground. These type of accidents are highly dangerous and luckily the GPCID managed to control the situation with fire extinguishers.

There were also eight reported motor vehicle accidents in July, therefore we strongly urge motorists to drive slowly and keep a safe following distance from other vehicles. When it is raining remember to turn on your lights so that are you clearly visible to other motorists.