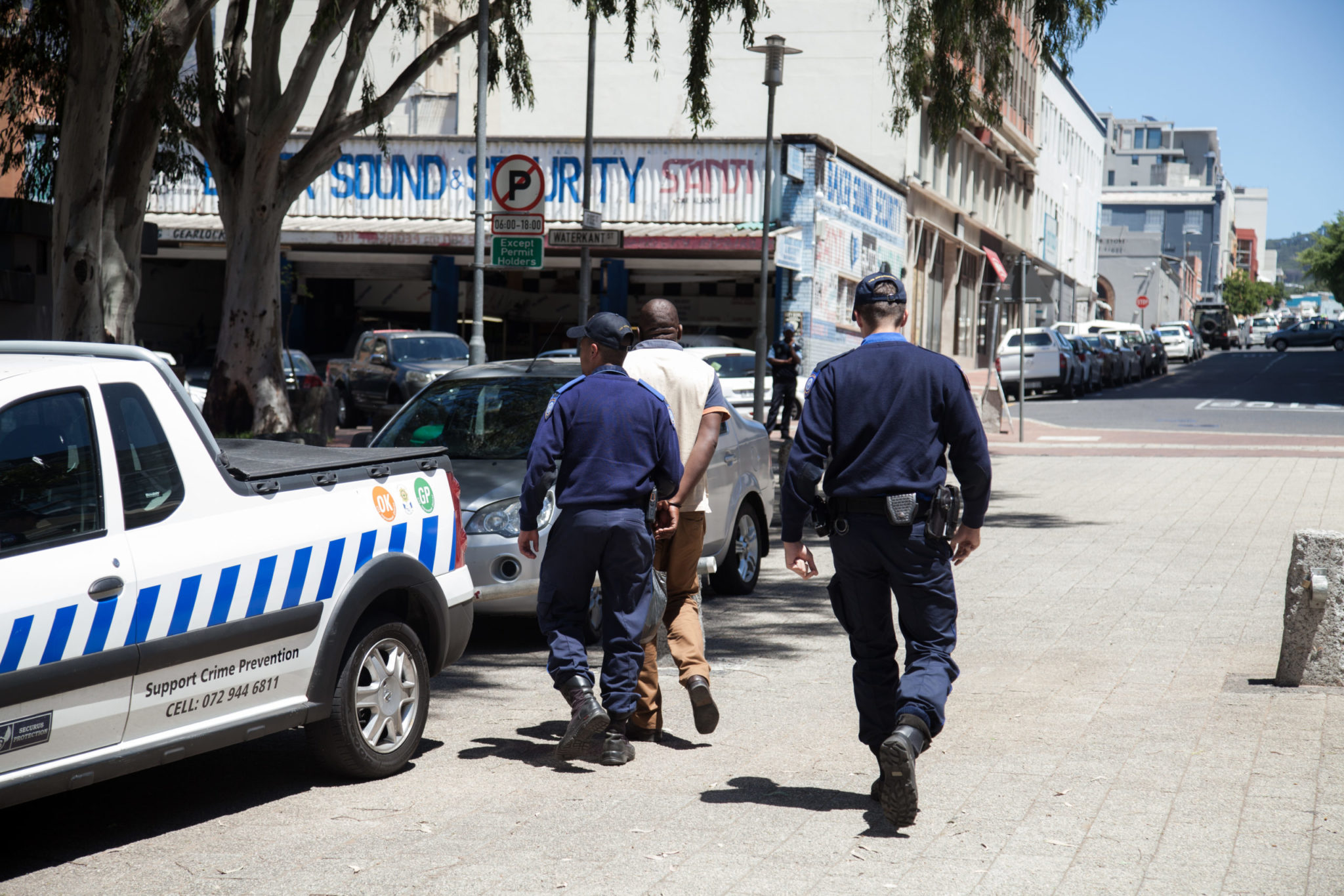 The Strand Street Quarry ultimately formed the foundation of Cape Town as we know it. The slate from which the Castle of Good Hope was built comes from there. The City has recognised that the land is currently “underutilised and requires regular policing and maintenance at a cost to the City.” However, all past plans have dried up due to a lack of funding, or the restrictions in accordance with the National Heritage status and cultural and religious significance of the site. Today the Strand Street quarry is more widely linked to crime, littering and vagrancy.

We at the Green Point City Improvement District have recently been heavily involved in a joint crime prevention operation held at the quarry. This began as a response to complaints from residents of Green Point and De Waterkant, and was undertaken in partnership with members of SAPS, Metro Police, traffic services, City law enforcement and the City’s canine unit.

Crime stemming from the national heritage site has been steadily increasing over the past few years. There has been a further escalation recently following the release of a number of criminals during lockdown. Some of these individuals have been hiding out and operating from the Strand Street quarry. The City’s CCTV unit reports that the camera on Hout Street frequently assists in identifying suspects, who are often found to be living at the quarry. Incidents of crime captured by the camera range from petty theft and public drinking to drug dealing and fighting.

In August 2020, we assisted with the arrest of nine perpetrators. Three of these were charged with the possession of dangerous weapons, including a large sword and a butcher’s knife, and two were involved in drug-related offences. Four of the nine offenders were illegal immigrants. Police also identified a 13-year-old child living at the quarry, who was removed and taken to safety under the Child Care Act.

Our CEO, Marc Truss, had the following to say about the current situation faced by the Strand Street Quarry: “A number of operations occur at 04h30 in the morning, then we have a briefing at 05h00, so that we are all informed and can continue with crime related operations. We found a number of lethal items on site, and four individuals were arrested for possession of illegal substances on site in one week. We’ve handled subsequent arrests for smash and grabs. We’ve also had sniffer (Metro) dogs who track illegal substances, and further arrests for their possession. Our top priorities are to obtain eviction allowances, and to send security and cleansing teams to deal with the refuse and filth which will soon pose a health hazard. We are aware of the level of crime that comes from the quarry, and something has to be done about it.”

We are committed to ensuring the safety and wellbeing of the Green Point community, and will keeping striving for a crime-free reality. If you ever feel unsafe or require assistance with a crime-related issue, please do not hesitate to contact our 24/7 GPCID patrol vehicle on 082 214 3228.